Completed in 1577 and over 438 years old, The Dragon Wall surrounds the five acre Yuyuan Garden. 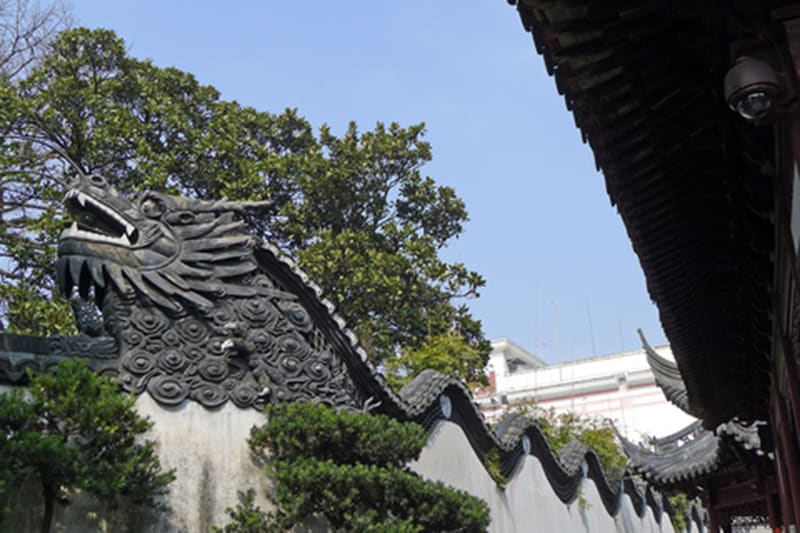 The Jade Buddha Temple was originally built in 1882 to house two Buddha statues that been brought from Burma to Shanghai. The temple was destroyed during a revolution in and new temple was built in 1928

Also called the Hu Xin Ting Teahouse, it sits surrounded in gold fish in the middle of a lake at the Yuyuan Gardens. The ornate, historic exterior is matched by the beautiful interior of laquered woods, framed prints, red lanterns and natural light from the panoramic views. 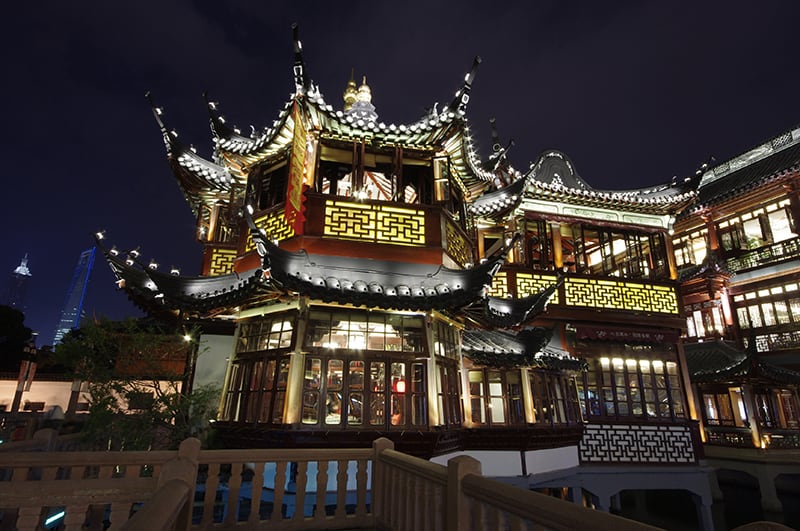 Started in 1559 and completed in 1577 during the Ming Dynasty, the Yu Garden was originally built for the father of Pan Yunduan, so he could be comfortable in his old age.

Covering five acres of land, it includes six general areas and a total of 36 features, chambers and halls, including the Dragon Wall, the Tea House, Nine Lion Study and much more.

The Bund is the renovated and vibrant waterfront in central Shanghai. With stunning views of modern skyscrapers in the Huangpu District, The Bund is a top destination for the best views in the city.